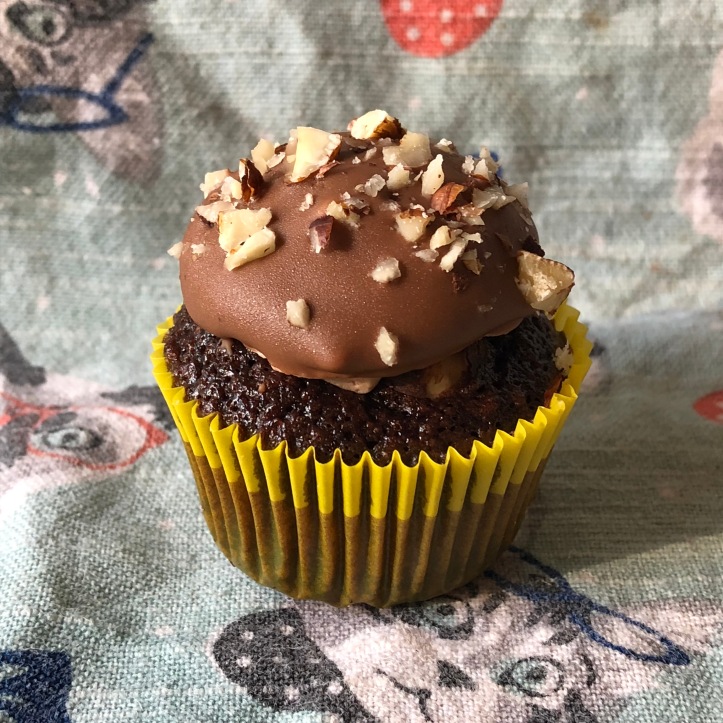 When the holiday season rolls around, I’m guaranteed to find Ferrero Rochers under the Christmas tree each year. They are not for me. They are for everybody… or at least anybody who remembers that my mother always wraps a few containers of these delectable chocolate morsels for the usual holiday sweet tooth craving.

To me, Ferrero Rochers are a Christmas thing. Always have been.

But here’s the thing about Ferrero Rochers… they are made available all year round.

Which leads me to this cupcake recipe. I’ve been meaning to whip up a Ferrero Rocher inspired cupcake for so long but it was always pushed to the back of my mind because it wasn’t Christmas. However, when Christmas rolled around, I was too preoccupied with the usual “eating of actual Ferrero Rochers” that I ended up forgetting.

Until one unsuspecting day in June, I decided I wanted to experiment with cupcake flavours again. Ferrero Rocher was one of many tackled. As with most of my chocolate-based cupcakes, I start with a faithful foundation (the Hershey’s cake recipe). From there? Anarchy.

Did I say anarchy? I meant chocolate and hazelnutty goodness.